Civility: Finding the Common Good in a Fragmented World – Week Three – What Does it Mean to Be Civil in Politics? Podcast – Video & Audio, and Reflective Guide 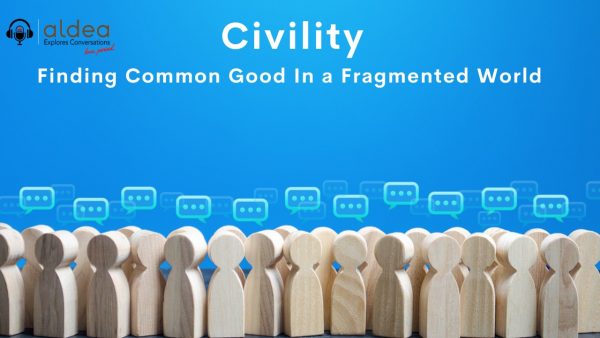 The Aldea community continues the series this week: Civility: Finding the common good in a fragmented world. Today explore a conversation with Lea Marquez Peterson. We explore with Lea how politics affects every area of our lives, how we can be meaningfully involved, how to have difficult conversations with those we disagree with, and how we can bring more civility to our political process. 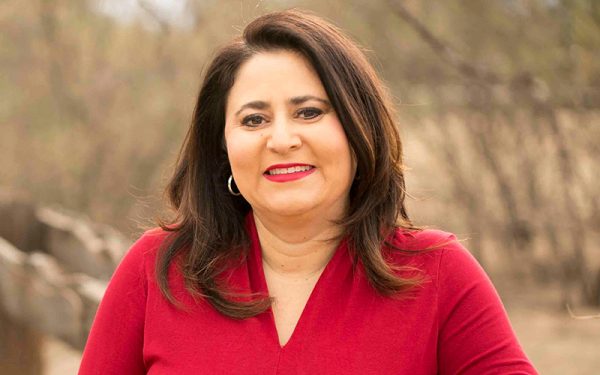 Chairwoman Lea Márquez Peterson was elected to the Arizona Corporation Commission in November 2020. She was sworn-in on January 4, 2021 and elected by her fellow commissioners to lead the Commission as Chair.

Prior to November 2020, Chairwoman Lea Márquez Peterson was appointed to the Commission by Governor Doug Ducey in May 2019. With her appointment, she became the first Latina to serve in a statewide office in the state of Arizona. She is the only commissioner who is not from Maricopa County. Her first ends in 2025. She will be eligible to run for a second in 2024.

Lea has been an entrepreneur in Arizona for many years and supports Arizona’s small business community and economic development. She served as the President/CEO of the Tucson Hispanic Chamber from 2009 until November of 2018 and the Executive Director of Greater Tucson Leadership (GTL) from 2005 to 2009. She is the former Chair of the Pima Association of Governments’ Economic Vitality Committee and currently the President of the National Association of Women Business Owners in Tucson and member of the national Small Business Development Council advisory board for the U.S Small Business Association.

From 2005 to 2009 Lea owned and operated a Business Brokerage Firm and from 1998 to 2005 a chain of six gasoline stations/convenience stores with 50 employees in the Tucson region.

Lea has been appointed to serve on the Arizona Judicial Council, which advises the Arizona Supreme Court, and the Arizona Finance Authority, which is the state’s bonding authority. She chairs the Board of Directors of Carondelet’s St Mary’s and St Joseph’s Hospitals in Tucson. She also serves on the Boards of the University of Arizona Foundation and the Pima County Workforce Investment Board.

She received her undergraduate degrees in Marketing and Entrepreneurship from the University of Arizona, and her Master of Business Administration from Pepperdine University. She resides in Tucson and is married with two children.

You can control the pacing of the experience by stopping and advancing the videos as you see fit. After you watch, download the guide and use it as an on ramp for personal reflection or group discussion. Don’t feel like you have to cover everything in the guide or even watch the entire video. Watch what you can and find the helpful elements on the guide. The guide is meant to stimulate thoughts and conversation. Use it to support your own exploration.

About the Author: Dave Fleming